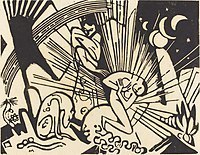 Today (Saturday, June 20) is World Refugee Day, yesterday was Juneteenth and tomorrow is National Indigenous Day of Prayer.  A thread seems to connect them – these are marginalised people and the economic, social and political structures of society conspire to keep them marginalised.  It seems fitting to introduce the theme of this week’s reflection – the practice of reconciliation and racial justice.  The practice of reconciliation is one where a relationship is mutually respectful.[1]

When we read about the life of Jesus through Scripture – who he hung out with; the people he touched and healed and the stories he told all were deeply subversive communicating how he wanted to transcend the old barriers that divided.  He challenged the social and cultural norms of the day – he practiced reconciliation!  I didn’t always hear Scripture in that way, after all I was brought up with the image of Jesus as being ‘gentle’, ‘meek and mild’…..and white.

Yes, crazy as it seems, my default image of Jesus, Mary…and apostles, etc were all as white people. I don’t recall anyone telling me that…..but all the images I saw of Jesus and the others found in scripture – in children’s bibles and storybooks and religious art, such as paintings and stained glass windows, nurtured that identity and never challenged it.  One only has to stop and think about how this cultural assimilation flies in the face of the obvious factual truth – Jesus and the characters in scripture were not Anglo-Saxon white!  But that subconscious image fuels a bias that we believe ourselves to be better and therefore means we are not being respectful of others.

This thinking has deep roots – look at the religious art of the medieval period for example.  In the 15th century, the Popes sanctioned various policies which became known as The Doctrine of Discovery and were used by the European Powers to justify their imperialist ambitions – it rested on the belief that “the colonizers were bringing civilization to savage people who would never civilize themselves”[2].

Let us consider what this is like for a person of colour – can they see themselves or people like them caught up in the redemptive story when all they see is white people.  NT Wright, the Anglican theologian, (and bishop) most famous for his work on the Apostle Paul, speaks of an experience that was enlightening for him.

I was at a conference in America talking about Paul’s vision for the church in which there was ‘neither Jew nor Greek, slave nor free, no male and female’. I was stopped in my tracks by a sympathetic but sharp-minded critic, an African American woman theologian whose own book on Paul I much appreciated. ‘You need to remember,’ she said to me, ‘that when you talk about being “all one in Christ Jesus”, what people like me hear – whether you mean it like that or not – is that “you are all now welcome to become honorary white males”.’ Ouch.[3]

I confess, I was unfamiliar with Juneteenth until this year – it celebrates the final emancipation of slaves and dates back to 1865, when on June 19th Union soldiers, led by Major General Gordon Granger, landed at Galveston, Texas with news that the war had ended and that the enslaved were now free. This was two and a half years after President Lincoln’s Emancipation Proclamation, which had become official on January 1, 1863. It took that long to overcome the resistance to what was the law of the land.

Similarly, here in Canada, the Royal Proclamation of 1763 gave assurances about mutual respect between settlors and indigenous peoples – only to be ignored when we consider the India Act and Residential schools.  The powerful may provide lip service but will rarely cede their power or economic self interest unless there is a more powerful narrative takes over.

Well, one might say that following the Way of Jesus provides that kind of narrative.  While we are all rightly appalled at the images of racist violence we have seen in recent weeks, they have also had a positive effect.  Millions of people have united around the world to say Black Lives Matter – this feels like a Kairos moment (a significant moment in time) and people have spoken with one voice to say this oppressive status quo will not stand.  To encourage us, we recall the words of Martin Luther King, Jr.

There is a lot of light in the world right now, showing more clearly because of the darkness….perfect love drives out fear.[4]

Personally, I believe the Spirit of God is leading us amid the chaos, if we attend to her voice. The Holy Spirit comes as a gentle breeze….and at other times like the disruptive Wild Goose of Celtic spirituality.  We are going through a disruptive time right now - a lot of what we are familiar with has been changed or challenged profoundly.  That is disconcerting and sometimes painful, but it is also the furnace of transformation, both personal and communal.

Jesus warned his disciples that living the gospel of love was going to bring division, even within families and households – the emancipation of slaves; gender equality; fair treatment of Indigenous peoples and LGBTQ2S equality all caused division and met enormous resistance from those who felt threatened.  The prophetic voices that call us out are rarely beloved in that moment – because it requires change and sacrifices on the part of those who are comfortable with things as they are.

I return to quote NT Wright extensively, as he speaks of the vocation of the church in these times and I believe this is well worth reflecting and meditating upon:

What we now call ‘racism’ is not simply, for Christians, a failure to obey one or other moral standard – e.g. that we should love our neighbour as ourselves. It is deeper even than that. It is a failure of vocation. The church of the anointed Jesus, the world’s true Lord, was designed from the start to be a worldwide family, God’s new model of human life. The church in our generation has struggled, not very successfully, to re-imagine and sometimes to put into practice something that was always in Christian DNA but which we have all but forgotten. The point of being part of Jesus’ people was never that we as individuals could ‘get to heaven’, perhaps associating with other, slightly different, people on the way, or perhaps not.

The point was that we were and are supposed to be, in our personal and in our corporate lives, small working models of the ultimate new creation which God has promised to make and has launched decisively in raising Jesus the Anointed One from the dead. That has always been our glorious vocation. Rejecting racism and embracing the diversity of Jesus’ family ought to be as obvious as praying the Lord’s Prayer, celebrating the Eucharist, or reading the four Gospels. It isn’t just an extra ‘rule’ we’re supposed to keep. It is constitutive of who we are.

The irony of the present situation, then, is this. The churches have, by and large, forgotten that this was their vocation, and that racism was a denial of that vocation, so that the phrase ‘Christian racist’ ought to be heard as a devastating oxymoron. Paul in Colossians 3.11 insists that in the Jesus-following family there is neither Jew nor Greek, circumcised or not, Barbarian, Scythian, slave or free. That’s what it means, he says, to put on the New Humanity, which is being renewed in knowledge according to the image of the creator. This dream was regularly ignored in western churches in the modern period, but was then picked up in the secular Enlightenment. Today’s secular vision of a multicultural global societyis at its best a Christian ideal detached from its Christian roots. The Christian churches, by and large, left out a big element in the understanding and application of their own central faith. The secular world has picked it up. This is typical of various cultural moves that have been made in the last two or three hundred years. God, one might reflect, doesn’t lack witnesses. If the church doesn’t speak up, others may do it instead. Sometimes, as Jesus warned, the children of this age are wiser than the children of light.

Now, NT Wright has a non-affirming stance when it comes to LGBTQ2S people, so I don’t agree with him all the time, but this is a really rich piece of writing to reflect on.  What a beautiful picture he paints of the vocation of the church and to demonstrate ‘God’s new model of human life’ with deep roots.

I was reminded of Wright yesterday when I took part in the Protest March. I was struck by the number of placards on the Protest March that young people had made and were holding up quoting a Christian like Martin Luther King Jr or statements and values that the Judeo-Christian tradition speaks to.  My sense is that few would associate them with the church.  It feels to me that the Spirit has been alive and active outside the church and we have been slow to discern it – issues around justice are a good case in point.  Our shameful participation in Residential Schools is, I believe, a major reason why practitioners of faith are no longer welcome in schools today.

While we may not all share a past connected to the residential schools, we share a future. In this Kairos time, let us pray for and work for racial justice.  Let us not just pay lip service to this or allow our attention to wander off as new challenges emerge.  Especially for a church like St Paul’s it is our vocation to be the home for all sorts of people from all backgrounds where we practice reconciliation of mutual respect on a daily basis.  It is time – let us embrace do work on this as a church, even during Covid, and discern what God wants to teach us and act upon.

Oh, Lord, we have sinned,

against you and against our neigh­bour,

For­give us. Cleanse us. Renew us.

Fill the wind of our sails with the breath of your Spir­it.

Pro­pel us to the places and peo­ple who can teach us to love in new and unex­pect­ed ways.

We plead for deep­er courage and com­pas­sion.

We ask for a qui­et, teach­able spirit.

Give us love and humil­i­ty to erase the bound­ary lines we drew in fear.

Expand our vision to life and flour­ish­ing for all – from the unborn to those liv­ing on death row.

We invite you, we wel­come you, to plant new seeds in the gar­den of our minds and hearts.

The Lord is call­ing us to sac­ri­fi­cial love, a love where the cur­ren­cy of our words is backed by the gold of our lives.  (This prayer was first shared on Renovare.org)

You may also be interested in a hymn that was written in this season on a former plantation in the USA, https://www.redletterchristians.org/how-much-longer-by-common-hymnal/

[1] To the Truth & Reconciliation Commission, “reconciliation” is about establishing and maintaining a mutually respectful relationship between Aboriginal and non-Aboriginal peoples in this country. For that to happen, there has to be awareness of the past, acknowledgement of the harm that has been inflicted, atonement for the causes, and action to change behaviour.